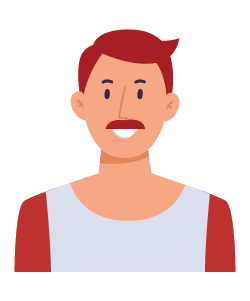 One of the most important aspects of owning an automobile is to have a regular maintenance schedule. A vehicle that isn't well maintained will eventually begin having problems and then you'll be looking at high repair bills. We aren't car care professionals but we do know the importance of servicing a vehicle so we created this blog to inform others about car maintenance. In this blog, you'll learn about routine maintenance and how often you should inspect various components of your vehicle. Some of the articles on this site focus on brakes, tires, and batteries. You also learn about the fluid levels in your car and how often you should check them. We hope that by reading our blog you'll have the knowledge you need about car maintenance to avoid expensive car repairs.

What Is A Flywheel?

There are a lot of moving parts under the hood of your car. The biggest one is the engine. Most car engines have four strokes, intake, compression, power, and exhaust. Of all those strokes, only one, the power stroke, sends power through the crankshaft, making it spin and move. This is where a flywheel becomes necessary.

The flywheel in your car is a heavy disk attached to the crankshaft, which connects to the vehicle's transmission. Depending on your car, the flywheel can be rather heavy and could be made of cast iron or aluminum. In a car with an automatic transmission, it isn't always a solid disk, and it is often called a flexplate. In a manual transmission, the flywheel helps to get the car started. But that isn't the main job of the flywheel. The main job is to smooth out power surges and jumps produced by the car's engine. Because only one of the engine's four strokes produces power, and one causes some resistance, the power generated by the engine isn't smooth. If nothing were to smooth that out, your car would feel jerky when driving. But, the flywheel does smooth that out by creating momentum by rotating. That rotational momentum takes the energy put out by the engine and makes sure that the crankshaft smoothly rotates, no matter what stroke the engine is on.

If you do have a bad flywheel, one way to repair it is to have it resurfaced. As your flywheel gets used, there will be a lot of friction. That friction can create pitting, hot spots, and other damage. When your flywheel resurfaces, a thin layer of material is scraped off the surface of the flywheel. The layer isn't big enough to significantly change the weight or size of the flywheel, but it will make the surface smooth and workable again.

Your car is made up of many moving parts that work together. If one of the parts doesn't work right, then your car isn't going to work the way that it should. If your flywheel isn't working right, talk to a mechanic about getting it fixed.

Reach out to a company like P&O Brake to learn more.